Create an Account - Increase your productivity, customize your experience, and engage in information you care about.

Sitting on the edge of the Oregon coast near Cape Perpetua, a gaping, seemingly bottomless sinkhole swallows the unbroken stream of seawater around it. Thor’s Well, as the natural wonder is known, is not actually bottomless. It is, however, very dangerous.

Also known as the drainpipe of the Pacific, the well is actually a hole in the rock that only appears to drain water from the ocean. According to some researchers, the Well probably started out as a sea cave dug out by the waves, before the roof eventually collapsed and created openings at the bottom and top through which the ocean sprays. The huge hole is likely only around 20 feet deep, but it still manages to produce amazing sights. (Not for the faint of heart, however!)

The site is most spectacular at high tide, or during storms when water washes violently over the rocks and funnels into the hole. The best time to visit Thor’s Well is one hour before the high tide to see it without water and then observe how the formation fills up.

View a Map of the Thor's Well Area (JPG).

The area around Thor’s Well is extremely dangerous. Sneaker waves and large sprays have been known to sweep onlookers into the ocean. Much photography gear has been consumed by Thor’s Well. Please be cautious. 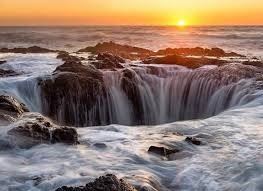 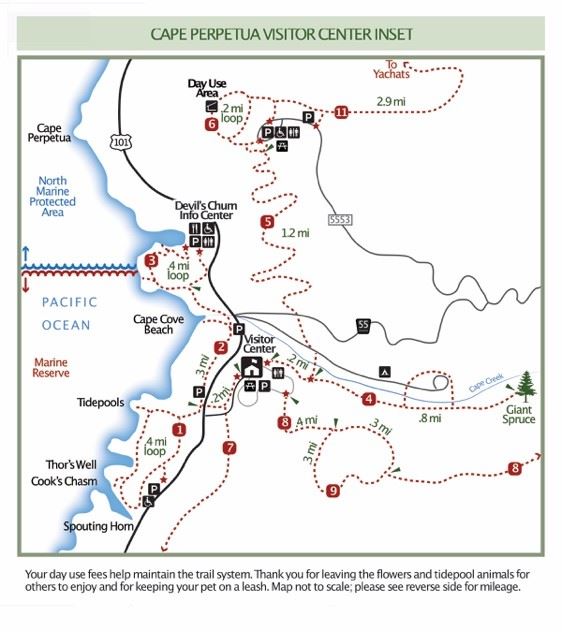